Paneer, as great in taste also is an interesting subject to be talked about. We know paneer only in dishes but do we really know its origin? So, what is paneer? If you look at the Google definition of Paneer it will read “A type of milk curd cheese used in Indian, Iranian, and Afghan cooking.” With this, we get an idea that paneer is widely used in all three mentioned regions as a popular food. Paneer is a popular Indian native dairy food made by processing milk distinctly at every location.

It is an unripened variety of non-melting soft cheese used in the preparation of multiple culinary dishes. Paneer can be consumed as a breakfast, snack or main course. Paneer doesn’t have a very strong taste but it has distinct flavours like a bit sweet, acidic, butterish, or a nutty flavour. Paneer is also a view of an eye. It looks marble white in appearance, having a mass-like structure and a soft spongy touch. When paneer is made by adding a fermented matter it tastes better than the paneer made by adding citrus juice to milk.

There is a strong history of storing milk in different ways than its original form. Asia always had a strong tradition of dairy milk products due to a large number of cattle like goat, sheep, camel, cow and buffalo. Well, the history of paneer is been a debatable topic as there are many beliefs on its origin. The competitors for the origin of paneer are Vedic Indian, Afghani-Iranian and Portuguese-Bengali. It is known that people of Indus Valley civilization made cheese by adding sour green leaves, yoghurt and berries. The ancient Vedas refer to two types of cheese–Cheese with pores and cheese without pores. This sounds identical to the cheese of today. The word ‘paneer’ itself has many origins. The Persian word ‘panir’, the Turkish word ‘peynir’, the Armenian word ‘panir’, the Azerbaijani word ‘panir’ refers to various types of preserved cheeses.

Cheese exists in every culture as a form of preserved milk. Paneer history also reaches to the nomadic dairy tribes in Central Asia who have been preparing different versions of milk preservation in form of cheese or something else. An article in 2013 journal called ‘Nature’ talks that cattle herding and farming started almost 11,000 years ago in the Middle East. During this time lactose was toxic to human adults and people of this era used to ferment the milk to make it eatable and digestible.

A mention in the texts from the Kushan period talks about a milk product which was relatable to paneer. The text brings up ‘the use of a solid portion from the mixture of warm milk and curds’ to feed warriors and the thin liquid was distributed among the poor people. As Kushans’s rule over India and Central Asia is well-known, this theory works more.

Other theory says Persian and Afghani rulers introduced paneer in the north-western part of South Asia in the 16th century. Back at that period, cheeses were made from goat and sheep rennet which were the harbingers of modern-day cheese. Based on the Sanskrit text ‘Charak Samhita’, the earliest evidence of milk product is derived after the heat-acid coagulation of milk. Another reference comes from the Rig Veda 6.48.18 in which a kind of milk product is mentioned that sounds similar to cheese or paneer.

Other references of Paneer in global cuisines are also interesting. A mild and soft variety of whey cheese called Anari is found in Cyprus which has a very similar taste and texture like Paneer. Circassian cheese found in North Caucasus, the Levant and other areas of the Circassian population has a close resemblance to Paneer. As it doesn’t melt, it can be fried or baked and can be crumbled like Paneer. Circassian cheese is also produced by the same method as paneer. Queso Blanco or Queso Fresco is a cheese commonly used in Latin American countries and the Iberian Peninsula. It is a non-melting soft cheese. It can be crumbled and grated, made with just milk and acid following the same process as paneer only it is a salted version of soft and unaged cheese.

Despite the difference in the opinions of people on the origin of paneer, our love for this soft and nutritious treat doesn’t get compressed. Paneer remains the inseparable part of Indian menu. Enjoy Paneer fully. Go to our recipes’ section for paneer recipes.

Love for Paneer aka Cott...

Paneer, as great in taste also is an interesting subject to be talked about. We know paneer onl

The spillover benefits of chocolate...

Chocolate is not only tempting in a form of a bar. There are numerous forms, types and natures 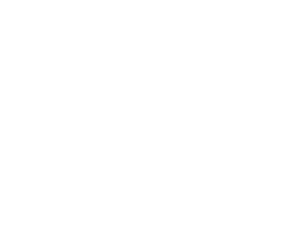